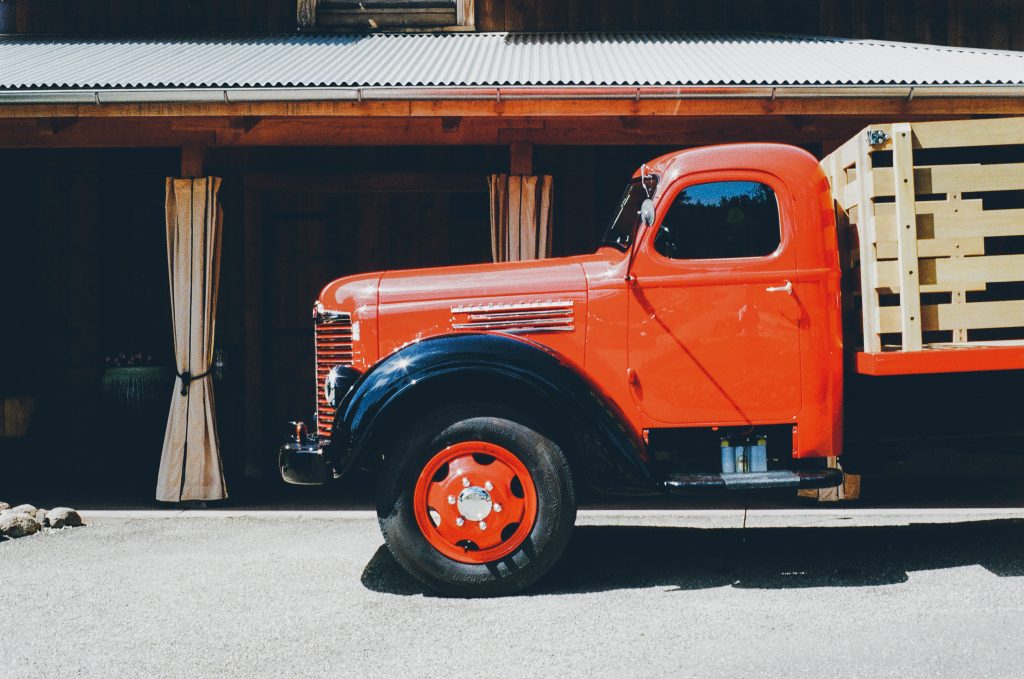 If any Americans feel the unexpected urge to hug a long-haul trucker this week, there’s a reason. September 14-20th is National Truck Driver Appreciation Week. The world of shipping is something that most Americans take for granted, but it’s a necessity of modern life. The Atlantic Wire explains that 90% of everything that people buy is shipped to them, but shipping remains “the biggest business that you know nothing about.” This September, National Truck Driver Appreciation Week is a great opportunity to think about the complex ecosystem and hard work that goes into making contemporary life possible.

This week is organized by the American Trucking Associations (ATA), the largest national trade organization of American truckers. According to the group, there are 3.1 million men and women driving trucks professionally. Reflecting the way most Americans live, today there are more truckers than farmers. These millions of people are responsible for safely transporting billions of tons of goods across America every year.

The United States Department of Transportation reported that in 2012, almost 11.7 billion tons of goods were shipped on American highways, worth more than $13.6 trillion. The average truck driver drives an 80,000-pound truck between 100,000 and 110,000 miles every year. In order to decrease costs, drivers can be on the road for up to 6 weeks at a time.

Thank A Trucker (and everyone who supports them)

Working in the trucking industry carries great responsibilities. An entire ecosystem supports truckers, such as fleet managers and freight brokers who match truckers with loads and send them across the country. Though these people aren’t behind the wheel, in the world of shipping, there are even more supporting players than there are truck drivers, with 5 million workers indirectly employed in these behind-the-scenes roles. Altogether, the trucking industry employs 8.7 million people—one in 15 members of the American civilian workforce.

It’s not an exaggeration to say that, for Americans, this shipping industry is what makes our lives possible. The 90% figure, which signifies that nearly everything we use is shipped to us, includes everything from our food to our fuel. The average American’s food travels 1500 miles to get from farm to table, and that’s just what we eat. Our clothes, electronics, and fuel are just as dependent on the ecosystem of American trucking to get to our homes.

This year’s National Truck Driver Appreciation Week is a particularly good time to look at the trucker shortage that America faces. There are over 30,000 job openings for truckers right now, because of the high bar to enter the industry and perceived difficulties of the job. In response, many industry groups are working to make life easier for men and women who keep America rolling. The Truckload Carriers Association (TCA), for instance, is an industry group that isn’t just highlighting the contributions of truckers to American life. The TCA is organizing health and wellness events at 15 locations in association with TA/Pedro stations. Anyone who’s ridden an American highway may recognize TA/Pedro locations as the full-service truck stops that dot the interstates, complete with restaurants, gyms, shower, repair services, and numerous other amenities for freight-moving professionals.

If anyone on the road deserves to have their driving lives made a little easier, it’s America’s truckers. This week, let’s show some appreciation for those people who bring America what it needs!

What are Surety Bonds?
A “surety bond” is a three-party agreement between the following people or entities: 1.  Principal 2.  Obligee 3.  Surety The…
read more

Surety Bond Underwriters Apply More Scrutiny to Contractors' Financial Health
Like many industries in our economy, theU.S.construction market has taken a hit as a result of the recent credit crisis. …
read more

Iowa Public Official Bonds
HB 260: Public Officials Prior to HB 260 it was required that surety bond to be posted by the secretary…
read more
Get a FREE Surety Bond Quote in Minutes
GET A FREE BOND QUOTE
FREE Quotes | No Obligation | 100% Secure
Companies we work with:
About Lance Surety Bonds