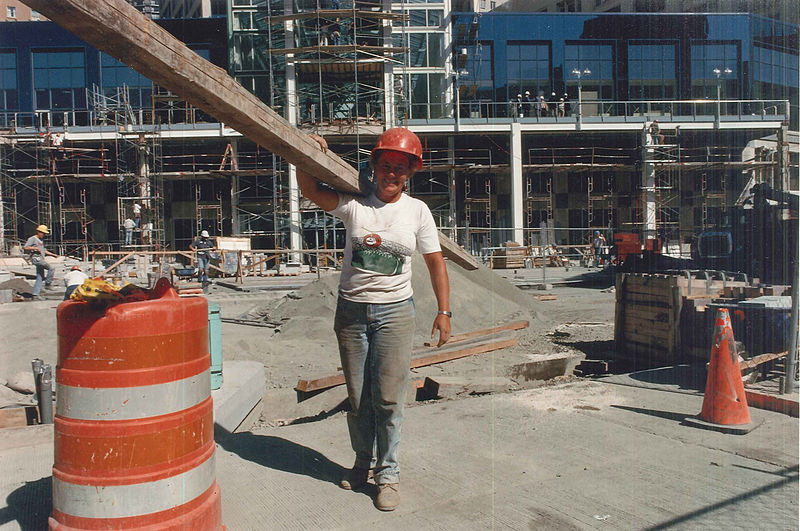 The first week of March is Women in Construction Week in the United States. It leads up to March 8th, which is International Women’s Day. One fact about the holiday that’s often forgotten, is that it was originally International Working Women’s Day. Few people work harder than the women in construction, so this is a perfect time to honor their labor. Here’s a look at what’s being done to celebrate women in construction, and at the continuing challenges they face:

One of the chief drivers of Women in Construction Week is the National Association of Women in Construction (NAWIC). 2015 is also the year that NAWIC celebrates its 60th year as an advocacy group for integrating the construction field. NAWIC’s big push this year was for blood drives from chapters across America, to bring attention to the dedicated female construction professionals across the nation. However, advocacy happens all year long, in the form of numerous events and initiatives. 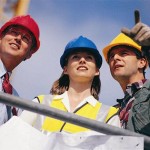 However, women in construction still face an uphill climb. In fact, as women in construction, they still face dual challenges. Not only are they women in a male-dominated field, but a blue-collar one. As women in a field of labor, their challenges are often under-reported in favor of more white-collar vocations. In studies of gender-segregation in the workforce, fields like construction tend to be given short shrift. For instance, a New York Times report from 2012 largely focuses on gender segregation in white-collar professions—of the dozens of listed fields, only 4 are blue-collar. In order to raise awareness, organizations like NAWIC or the Women’s Mining Coalition are working to bring the spotlight to women’s efforts in these more labor-oriented fields.

Despite the hard work done by trailblazing women in the field of construction, it remains a male-dominated field. Of the 7.1 million construction professionals employed in the US, only 2.6% were women. It’s an international phenomenon, too. The European Union’s equivalent of the Occupational Health and Safety Administration (OSHA) explains that in construction, “men make up the majority of the industry’s workforce.” One study from researchers at Cornell University found that construction has actually become more male-dominated between 1970-2009. The industry is also proving resistant to change due to economic shifts. According to the study, not even the popping of the housing bubble in 2008 and the subsequent financial crisis reduced the gender-segregation in construction. If this is to change, the data show that the market won’t fix it. It’ll be due to the hard work of advocacy groups like NAWIC, and the countless hard-working female construction professionals whom they represent.

One major study of gender-integration in labor fields admits that the benefits are “often anecdotal,” it’s proven that male-dominated fields make more than traditionally feminine ones. Consequently, women in male-dominated fields will make more. For the field overall, though, the benefits might be more abstract. Women in construction bring the same dedication, but provide a fresh collaborative perspective. Diversity in a field brings innovative thinking.

While entering the field remains difficult for women, here at Lance we’ll see to it that getting your contractor license bonds remains the easiest part. Have you seen any events in honor of Women in Construction Week that are worth highlighting? Let us know in the comments below.

Each State Has a Different Bonding Requirement Concerning P3s
Public projects are increasingly being executed through public-private partnerships (P3s), i.e. a peternship between "a public government agency—which can be…
read more

3 Pieces of Legislation That Will Greatly Help Small Construction Companies
Since November was National Entrepreneurship Month we had a look at how small business is fairing at the moment. But…
read more

How LEED is Changing the Face of Construction in The U.S. [Infographic]
Lance Surety Bonds’ newest infographic on the U.S. green building market is out! With the rise of sustainable construction, the construction…
read more
Get a FREE Surety Bond Quote in Minutes
GET A FREE BOND QUOTE
FREE Quotes | No Obligation | 100% Secure
Companies we work with:
About Lance Surety Bonds

How to Get a Car Auction License
If you want to sell vehicles to the public, or to other dealers, at auction…

How to Get Your Freight Broker License – A Step-By-Step Guide
Freight shipping is an indispensable part of modern life, and there is a complex ecosystem…